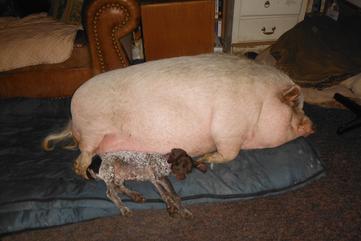 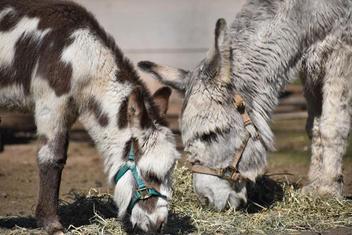 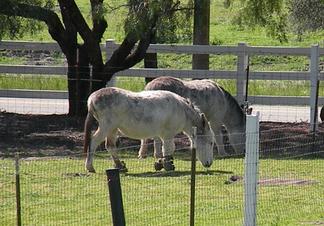 Metaxas, the Uromastyx, is a rare lizard from the Sahara desert.  He is happiest when he's kept at a sweltering 100 degrees. 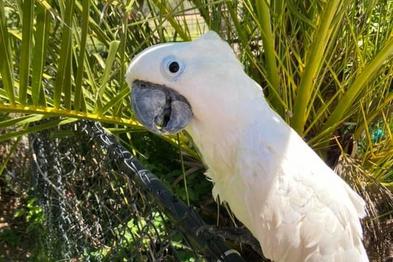 Handsome joined us as a rescue over a year ago.  He is definitely part of the family.  Cockatoos have the intelligence of a 4 year old (a perpetual 4 year old) so think first about adding one to your family. 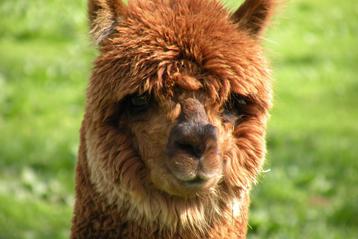 Mary loves having donkeys on the farm.  Dolly and her son Sparkplug came to stay 12 years ago.  After Dolly passed, Annie found Valentine.  Sparkplug is not alone and loves his new buddy. 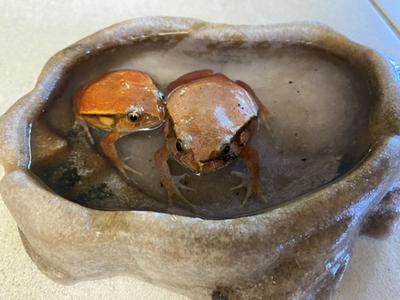 Reptiles  at Woods Hollow Farm seem to get along real well.  The Savannah Monitor, "Savannah" (we went all out on the name) and the Boa, "Main Squeeze" hanging out together on the lawn.  They are well fed so they don't see each other as predators. 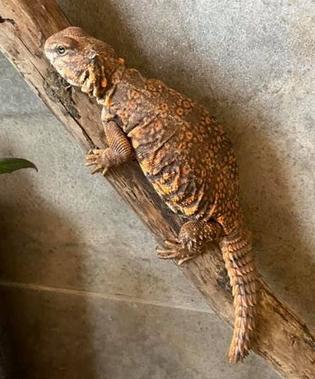 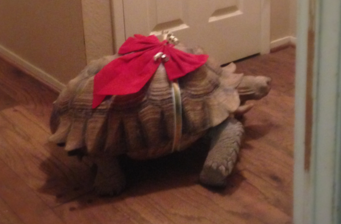 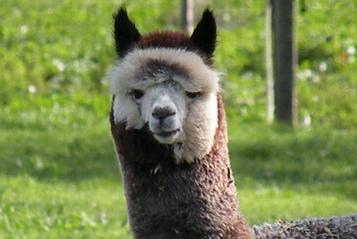 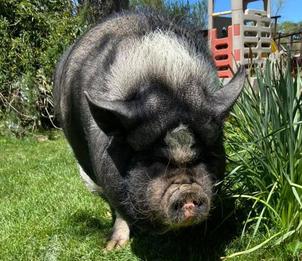 Three 80+ pound sulcata tortoises call the farm home.  These guys have as much personality as dogs.  Titan and Nate both sleep inside at night.  Hercules prefers a hole he dug under the greenhouse.

Prunie loves sleeping with the pigs.  Pigs at Woods Hollow Farm are free range.  They get a lot of exercise, but also a lot to eat.

Cuzco and Pacha have lived on the farm since they were both three months old.  Cuzco, the brown one, thinks he's a camel and has a crush on Izaboo.  Who knows we may get a campaca before too long.  Pacha thinks he's the king of the pasture.  Shhh... don't tell him he's the smallest guy out there.

Two Tomato Frogs "Sauce" and "Paste" enjoy eating crickets and mealworms.  The larger they get, the redder they become. 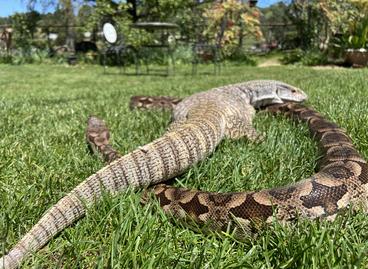